An EVM awareness campaign was conducted in all the islands to create awareness about the usage of EVMs . As per the direction of ECI, randomization of EVMs had been done in order to have transparency in the allotment of EVMs to polling stations. There was a zero randomization in which EVMs to be used for training were segregated and red stickers pasted on them. In the randomization, EVMs were allotted polling stations. Again, the U.T. Had introduced in the Election 2009, dummy card board ballot units in order to enable the Presiding Officer to explain the method of voting to ignorant voters. This was introduced to ensure transparency. 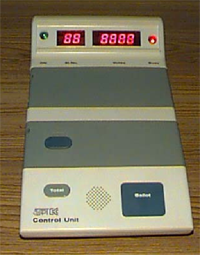